It all started with the brewery. The Busch Gardens we know today exists because the Anheuser-Busch company opened a new brewery in Tampa in 1959. In an effort to promote the company’s products, tours of the brewery were given as part of a free attraction which also included manicured tropical gardens and a collection of exotic birds. 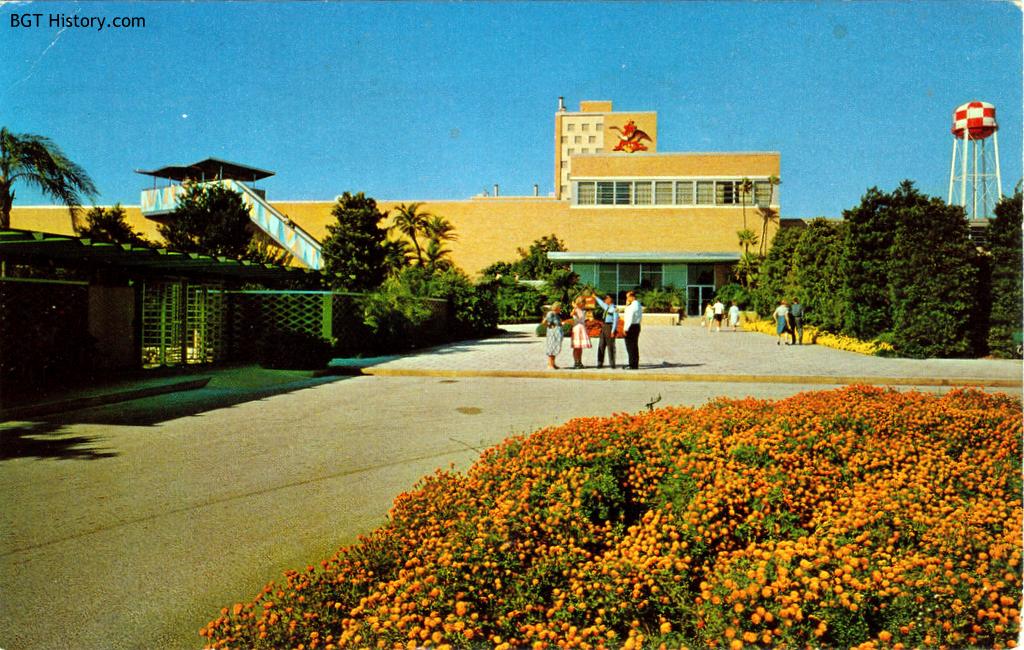 It was reported in April of 1957 that Anheuser-Busch Inc. was interested in establishing a facility in Florida to meet the competition of larger brewer Schlitz, which was planning its own new brewery in the city of Tampa. Both Jacksonville and Tampa were interested in landing the new Anheuser-Busch brewery.

On July 25, 1957, Anheuser-Busch announced it would build its new Florida facility in Tampa on a 160-acre tract of land that was part of the former Henderson Airport. The land was purchased from the Greater Tampa Chamber of Commerce for $320,000 and was part of a larger proposed industrial park encompassing approximately 1,000 acres. It was also located just south of the new Schlitz brewery.

At the time of the announcement, Anheuser-Busch estimated the new brewery would cost between $20 and $25 million to build and have a production capacity of between 600,000 and 800,000 barrels per year. In addition to the beer, it was expected the facility would also produce other goods, like yeast. The brewery was expected to be in operation by late 1958.

Brewing commenced at the new facility on March 12, 1959, with the first batch of finished beer expected to be shipped on or around May 18.

The brewery and the rest of the gardens were officially dedicated on March 31, 1959, in a ceremony held at the park for dignitaries, invited guests, and the press. Company president August A. Busch Jr. said at the dedication, “In constructing this new brewery, Anheuser-Busch wanted to more than just build a factory. It is our company’s belief that a modern industrial plant should also add to the area in design and landscape.”

Tours of the brewery began when the park officially opened to guests on June 1, 1959. Guests began their visit on the Stairway to the Stars, a large outdoor escalator that led up to an observation platform on the brewery’s roof. From there, guests would enter the plant for the main part of the tour and eventually end up exiting across a cantilevered ramp near the Hospitality House, where free samples of Anheuser-Busch products could be enjoyed.

At the time of opening, hours for the brewery tour were 9 a.m. to 5 p.m. on Tuesdays through Saturdays, with the rest of the gardens open daily from 10 a.m. to 6 p.m.

The brewery continued to operate at the park until late 1995 when it was closed as part of corporate restructuring. At the time, it was Anheuser-Busch’s smallest brewer employing approximately 375 workers. The last of the beer was shipped out of the brewery in early December, and the final handful of workers closed out their last shift at 3 p.m. on December 21, 1995.

It was later demolished and a large portion of the land it occupied was used for Gwazi, a wooden roller coaster that opened in 1999.

Being the main reason for Busch Gardens’ existence, it should be no surprise that a great number of postcards, photographs, and other souvenir and advertising items were centered around the brewery. In the gallery below are a number of postcards of the brewery from different angles, both where it is the main subject in the image and where it shows up in the background as well.

Additional details and images on the Anheuser-Busch Brewery will be added in the future.