The Red Carpet Series at Busch Gardens Tampa was a short-lived separately ticketed offering featuring two performances in the late summer of 2016.

Ticket prices for the shows ranged from $30 to $99, and neither included or required admission to Busch Gardens during its regular operating hours. VIP packages were also available which included premium seating and other perks. The gates opened on event nights at 6:30 p.m., with theater doors opening at 7:15 p.m. and shows starting at 8 p.m.

From the release announcing the event:

“We are excited to offer Central Florida a new intimate way to enjoy their favorite artists,” said Jim Dean, President of Busch Gardens Tampa Bay. “The classic style of the Moroccan Palace along with impeccable site lines and beautiful sound, make for a truly special night out.Guests will experience some of the biggest names in entertainment, including some who rarely play in our area.” 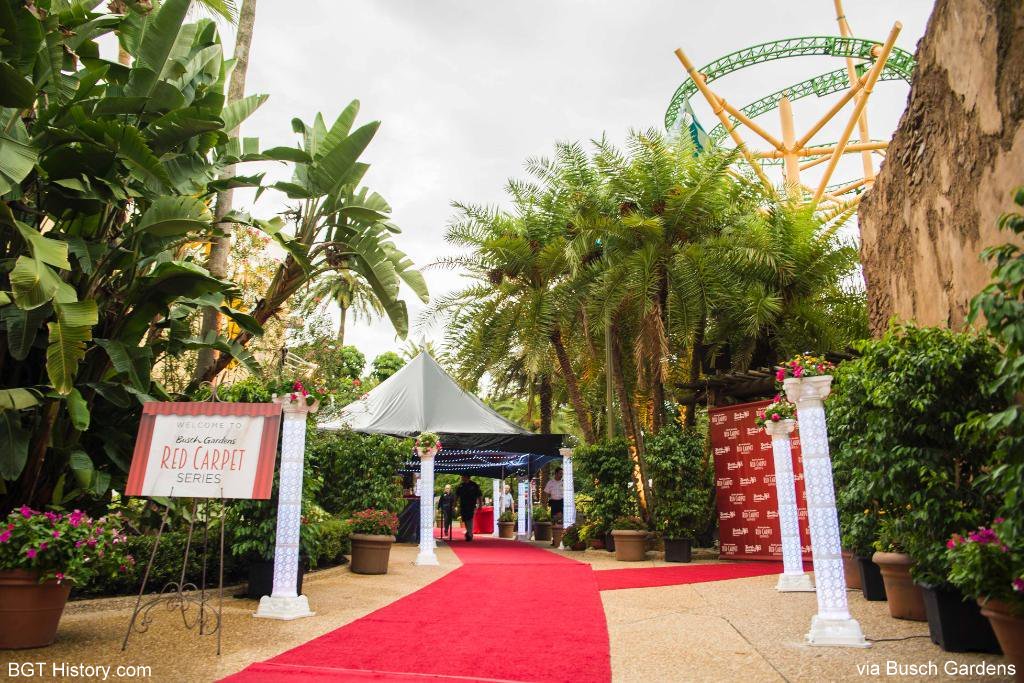 The first performance was on August 26, 2016, featuring Wayne Brady and host Jonathan Magnum. Tickets were still available on the day of the show according to Busch Gardens. The show was entirely improvised and was described as “an incredible performance” by Creative Loafing.

Before and after the show guests were treated to a red carpet walk where they could sip on cocktails, enjoy various hor d’oeuvres, and receive visits from some of the Busch Gardens animal ambassadors including a sloth. Local band Actual Bank Robbers performed on the red carpet. 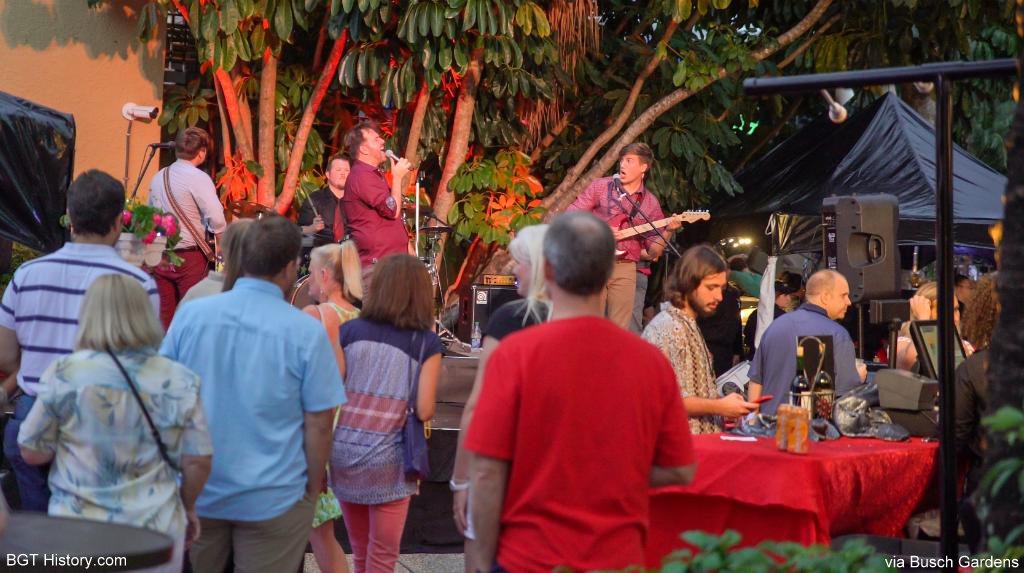