Located in the center of Pantopia, Twisted Tails Pretzels features hand-made soft pretzels, including the signature Bacon Pretzel Fury – thick slices of bacon wrapped up in a braided soft pretzel. The location also features several craft beers on tap, along with an assortment of fountain soft drinks and other grab and go snacks. 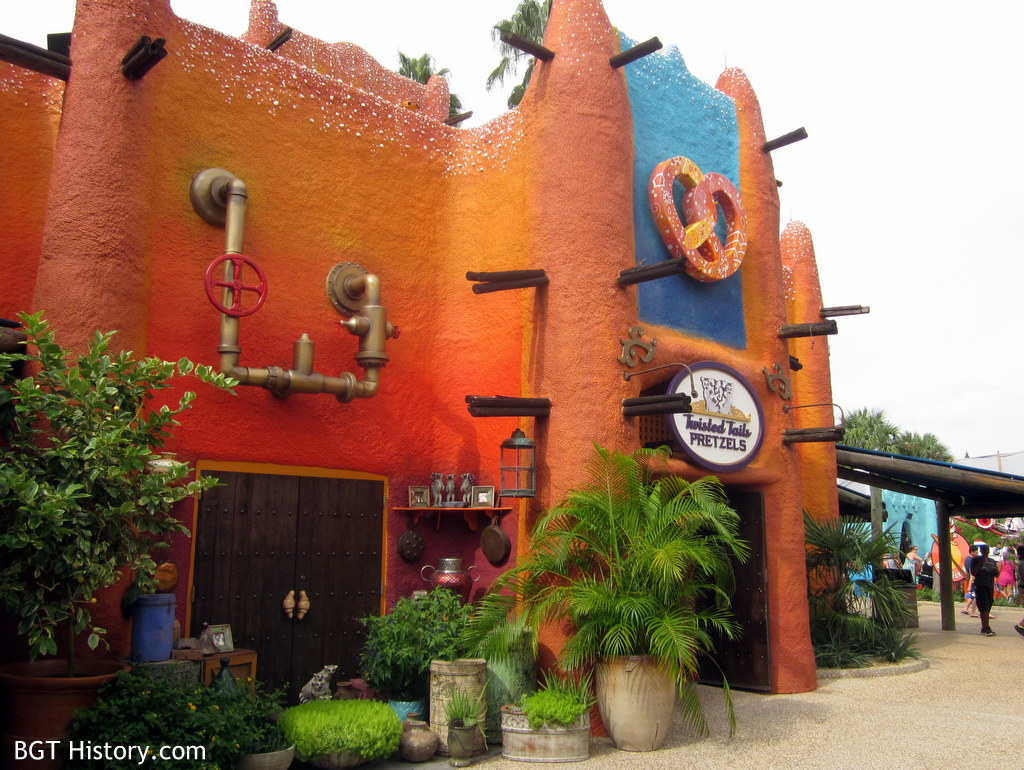 There is no seating available indoors, but there are several tables with chairs under cover just outside the building, along with covered seating near the carousel, and open-air seating at the “The Sitting Place.”

The location was formerly Sultan’s Arcade, which had a variety of games, and The Oasis, which served up smoothies and other snacks. As part of the addition of Falcon’s Fury and the conversion of Timbuktu to Pantopia, the arcade and concession area were combined and completely renovated to form Twisted Tails Pretzels. 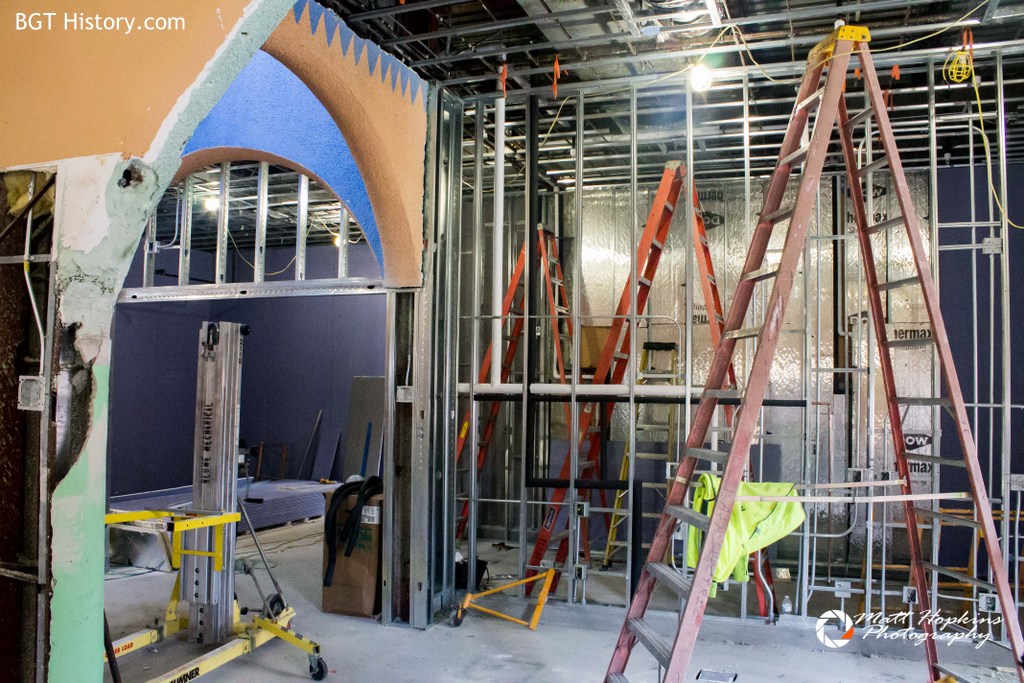 On March 25, 2014, the park released the third in a series of webisodes focused on the construction of Falcon’s Fury. This episode also looked at the progress of other projects in Pantopia, including the recently opened Painted Camel Bazaar and Twisted Tails Pretzels.

Twisted Tails Pretzels first opened to guests for several hours on April 25, 2014, before beginning normal daily operation the following day. The first purchase made by a guest at the new concession, a Bacon Pretzel Fury, was enjoyed by the author and Shea W., a soft pretzel aficionado visiting from Virginia.

On August 16, 2015, an episode of Travel Channel’s Epic Attractions premiered that included a segment from Twisted Tails Pretzels, where the focus was on the Bacon Pretzel Fury. Show host Chris Perry joined Busch Gardens Tampa’s executive chef Ron Debonis behind the scenes at the eatery to see how the signature pretzels are made.

In celebration of National Pretzel Day on April 26, 2019, Twisted Tails offered the Bacon Pretzel Fury and a beer for just $10.

Additional information and images on Twisted Tails Pretzels will be added in the future.