Montu is an inverted steel roller coaster located in the Egypt section of the park and has been thrilling guests for over 20 years. 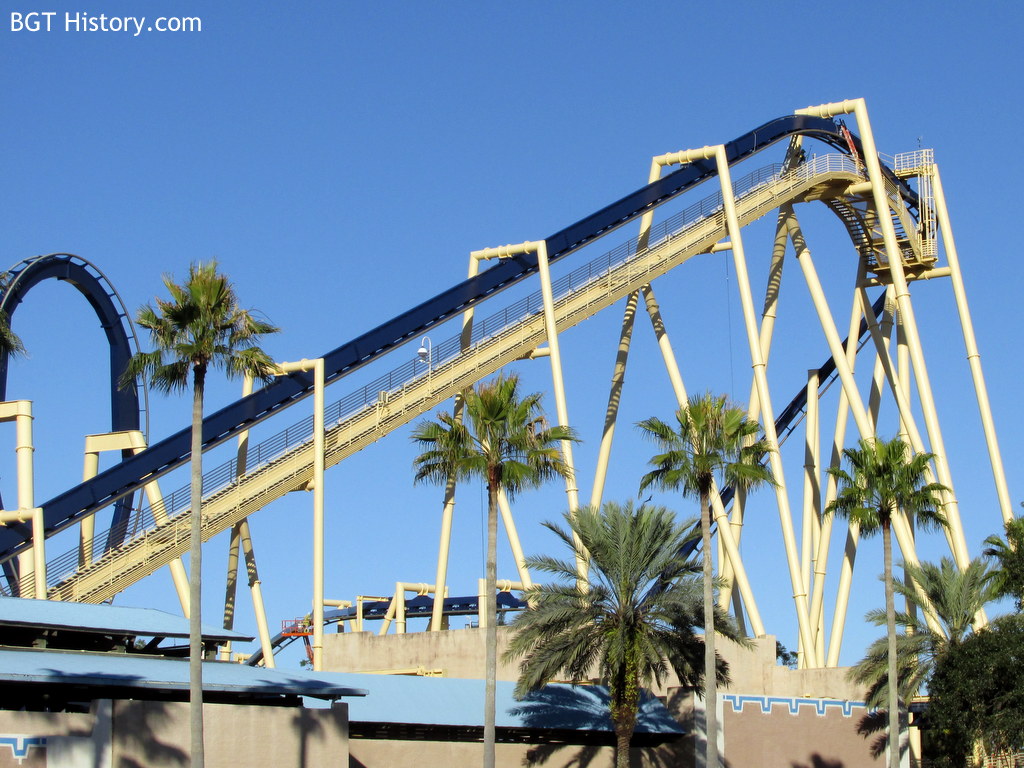 Its grand opening was May 16, 1996, one day after invited media and season ticket holders got a chance to ride.

Montu is named after a hawk-headed Egyptian war god.

Montu was featured in the second episode of Insane Coaster Wars on the Travel Channel on July 8, 2012.

Beginning August 24, 2015, the entire Egypt section of the park closed temporarily as part of the Cobra’s Curse project. Montu received a refurbishment during this closure, including work on its track with some sections being repainted. Originally scheduled to last through September 24, the roller coaster’s refurbishment was shortened to end on September 4, 2015, and Montu reopened with the rest of Egypt on September 5, just in time for Labor Day Weekend.

Following the end of the holiday season, the entire Egypt section closed again beginning January 4, 2016, as work continued on the Cobra’s Curse project. Work on sections of track not completed in the earlier refurbishment in late summer 2015 was completed, including both brake runs. Originally scheduled to reopen by mid-February, Montu would end up reopening on February 25, 2016, after its refurbishment was twice extended.

Around the same time of its refurbishment, new lockers were installed replacing the old coin-operated ones. The new lockers featured self-service kiosks for payment, and charged $1 for up to two hours of time, with each additional hour costing $2. Later in the spring of 2016, a new $5 option allowed guests to use all of the locker locations around the park for up to two hours at a time.

In the summer of 2020, Montu won an award from 10Best for being the ninth-best roller coaster in the country as voted by USA Today readers in an online poll.

Additional details and images on Montu will be added in the future.